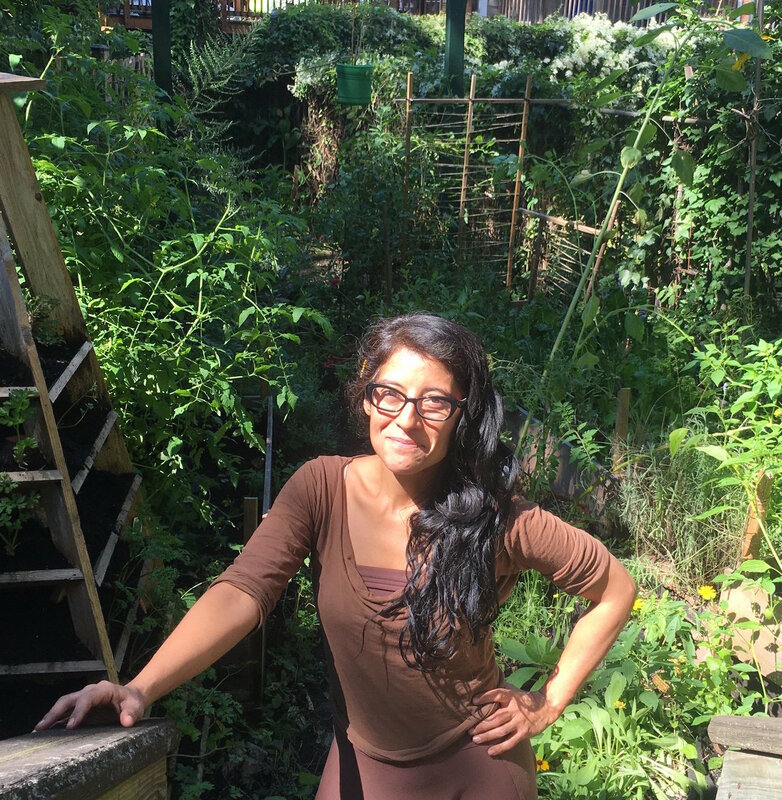 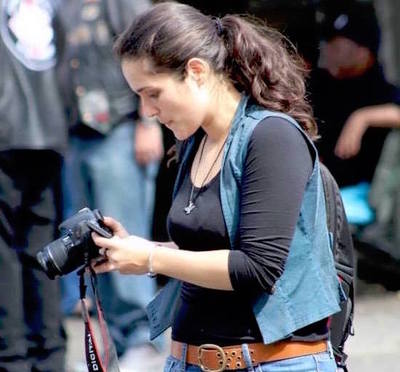 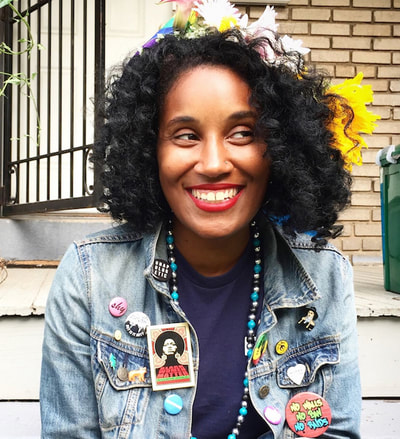 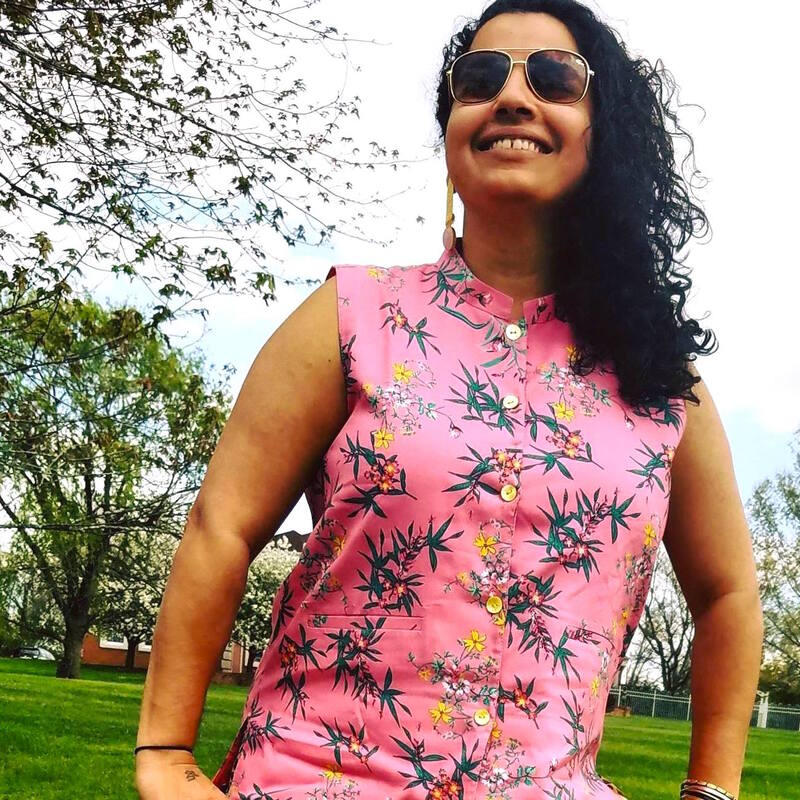 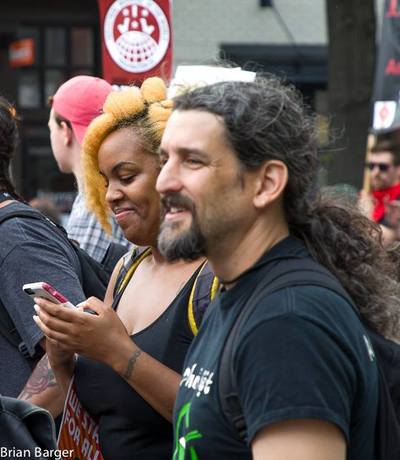 ​​Movement Matters is an absolute and essential treasure for movement organizations. They have once again been critical in developing the pedagogy and approach by which MLOV (Many Languages One Voice) recruits its members and develops its leaders.

​Today I was asked by another organizer, 'Who shaped your political consciousness?' The first two names on my lips were, Marta and David.

​​​Marta de los Ángeles Vizueta Bohórquez is a popular educator and community organizer in Washington, DC, as well as the principal and co-founder of Movement Matters. She brings extensive experience in working in multiracial, multi-ethnic, and multi-lingual contexts with grassroots communities of color, and in supporting the development of social justice organizations with deep core values and strong administrative capacities.

Originally from an Ecuadorean family grounded in liberation theology, Marta arrived in New York with her grandmother and brother. She grew up in the streets of North Brooklyn and Jackson Heights with Puerto Rican, Black, and immigrant communities where she learned English, where she learned to dance, and where she actively volunteered at community centers supporting families, workers, and immigrants. She began traveling by bus throughout the country at 18, clear in the need to understand the United States, its cultures, its histories, its layered complexities, and its unheard voices.

Marta began organizing in Black and first and second-generation immigrant communities in Washington in 1997. Understanding how racism, xenophobia, gender violence, classism, and other forms of oppression occupy a central role in society and the non-profit world, Marta challenged and moved organizations and their staff to deepen their values, build community leadership, and fully ground their work in the voices they represent. As the Popular Educator and Organizer for Manna CDC, she furthered the vision and values of the CDC’s staff to transform the organization into Organizing Neighborhood Equity DC (ONE DC), a popular education, member-based and led organizing group.

Marta believes in movement building and in the necessity to develop networks and supports for other visionary organizers and grassroots community leaders. Inspired by the Penn Center and her studies at Highlander, and by witnessing the relentless challenges faced particularly by organizers of color, Marta creates safe, cultural spaces for unpacking, cross-pollination, and coalition building. Her earlier work in this area includes the development of the Kressley Initiative, which directly trained and built the capacity of local community organizers and their respective institutions, and the annual Shaw Freedom School, a yearly tri-lingual event that brought community members (Black, and Central American and Chinese immigrants) together for a day of learning, capacity building and culture. This approach can be currently seen and felt in Marta’s work with Movement Matters’ Community Organizing and Popular Education Institute, Advanced Training Series, and Learning and Action Circles.

In the DC public education arena, Marta’s successful parent engagement, leadership development, and multiracial, multi-lingual organizing work earned national recognition and continued Ford Foundation funding in the early 2000s. Under the auspices of Teaching for Change and the DCPS Department of Multicultural Education/OCR Compliance, she also developed a fully funded program to support the training of DC teachers and lead teachers/mentors around multicultural education and anti-racism.

Marta has been key in developing popularized/culturally competent organizing manuals, curriculum guides, and advocacy tool kits, including Putting the Movement Back Into Civil Rights Teaching—a project she envisioned and led, and that grew out of her work in curriculum development and education organizing. Her other publications include Building By Building: A Tenant Leadership Manual—a curriculum for DC tenants, tenant leaders, and organizers, and Fighting Back on Budget Cuts, A Tool Kit—which she co-developed with Makani Themba while leading the Praxis Project’s training department.

Marta’s own community work braids culture, movement, popular education, participatory action research, and laughter. She is happiest when she is facilitating with neighborhood children, youth, and adults; learning, growing, and building together. Marta creates anti-oppression, transformational spaces grounded in values, arts, culture, and ritual that deepen vision, grow knowledge, and de-colonize voice and bodies. As an ethno-contemporary dancer and instructor, Marta uses movement, dance, and theater to sustain radical healing and joy so that we can continue to reclaim and strengthen our bodies, our voices, and deepen our connection to nature.

Marta is also a doula, works with plants, and is fluent in both Spanish and English.

​David S. Haiman is a principal and co-founder of Movement Matters. David’s two decades of experience in community organizing, strategic planning, facilitation, and non-profit management has helped Movement Matters to develop into an effective and dynamic capacity building organization.

David was part of the Annenberg Institute for School Reform team that provided technical assistance to community-based organizations and school districts receiving planning funds from the Nellie Mae Foundation. In this role, David assisted school districts and their community partners in Rhode Island and Massachusetts to develop community engagement plans that assist the districts in implementing a student centered learning model for education reform efforts. Additionally, David designed and facilitated a community engagement process for the DC Public School system, engaging parents and community members in conversations designed to refine DCPS’s approach to building relationships with communities.

David also serves as a trainer and facilitator for national groups like NeighborWorks America. He trains on a variety of topics related to community organizing and social justice, including: Community Organizing, Leadership Development, Organizational Development for Community Ownership, and Equitable Community Development. In addition to these training roles, David is also an adjunct faculty member at the Catholic University School of Social Work, where he teaches community organizing.

Before helping to start Movement Matters, David spent over 9 years at Organizing Neighborhood Equity (ONE DC, formerly Manna CDC), starting as a staff Organizer and ending as the Associate Director and Director of Community Organizing. In this capacity, he worked with community residents and the ONE DC Organizing Team to initiate, fund, and grow new organizing projects to increase residents’ control over development in their neighborhood and to increase the community’s capacity for sustainable organizing that addresses long-term, systemic issues of poverty. Under his leadership, the organization involved hundreds of residents in efforts that created the District’s first resident-led comprehensive community benefits agreement; secured commitments for 92 units of new, very affordable rental apartments; and developed and funded, through City legislation, a $2 million training and hiring program for living wage jobs created in new development. As a Management Team member, David led and oversaw the transition of Manna CDC to the fully independent organization, ONE DC, managing all organizational development areas including fundraising, strategic planning, community-based board development, and staff development.

Prior to his work at ONE DC, David received his Master’s Degrees in Social Work and Public Policy from the University of Michigan.

Our Partners and Collaborators

Movement Matters is also made up of visionary, courageous movement builders that create with us in order to make change happen in our communities, regions, and throughout the nation. We are thankful to sustain this work together.

Karina Hurtado-Ocampo ​is a writer, multimedia artist, and Colombian Queens kid. Her work is dedicated to advancing the narratives of organized communities and creating art that expands our rebel reality.

​As an educator, she has worked primarily to support the growth of youth organizers and young media activists. She began her work in media production fifteen years ago as a youth producer with Global Action Project (GAP), returning to GAP in 2016 as the Community Media in Action (CMIA) coordinator.

Karina has over 10 years of commitment to producing multilingual media that normalizes resistance thru narrative and documentary film, community journalism, and cross-platform media campaigns as well as supporting organizations in creating infrastructure for sustained youth leadership.

Brittney Washington is an art therapist, cultural organizer, and a facilitator helping groups and organizations understand and dismantle systemic injustice. Brittney's work is informed by years of experience in non-profit program management, the study and application of community organizing principles, and a commitment to racial equity and anti-oppression work. Her approach includes prioritizing individual and community healing, creating opportunities for transformative relationship building and accountability, elevating anti-oppression discourse and strategy, and seeking to understand the capacity of art to shape meaning and shift power.
​
Brittney co-developed the Racial Equity Working Group at Miriam’s Kitchen (Washington, DC), wrote and implemented the organization’s Racial Equity Self-Assessment, and is currently working with Senior Leadership to create a permanent Racial Equity and Inclusion staff position. Over the past three years, she has offered consultation and guidance to other non-profit organizations working to adopt racially-equitable culture and practice. This process has included co-designing culture shift, shaping systems and policies, leadership coaching, redesigning organizational approaches to community work, and promoting authentic relationship development.

Amrita Wassan situates themself in the interstices between individual and collective liberation. This focus has led to projects as diverse as cultural campaigns promoting healthy relationships in LGBTQIA communities, collectivization of resources for hyper local grant making, building multiple cooperative businesses, working to support youth both inside and outside schools with their creative and political desires and creating spaces and economic opportunities for survivors of sexual and domestic violence. As an educator and economic alternatives builder, they are constantly honing their craft with an ever expanding repertoire of tools as well as networks of learning communities.